Martina Ehrenborg is a figurative and abstract painter from Gothenburg, Sweden.
She uses different techniques and mediums for her works, but mostly Aquarelle and Acrylic. Her works have been sold to many different countries around the world.

Martina has also been a digital artist and sculptor for many years.
In New Zealand she worked for the filmmaker Peter Jackson. While there she painted textures for animated characters in feature films such as The Hobbit, Hunger Games and Planet of the Apes.
Martina thinks that working with Visual Effects was an amazing experience and loved being part of big productions, however creating her own art and being able to paint whatever is in her mind is a dream that she’s always had.

Martina Ehrenborg has a special way of seeing the world.
She sees the world in colours, like an inner canvas in her mind. She sees letters, numbers, days, weeks, time, music and feelings in different colors and shapes. For her the letter M is always yellow, Tuesday is white, August is red, number 8 is black.
This way of seeing the world is called synesthesia, and it is caused by a genetic mutation that leads to stronger connections between certain parts of the brain. People with this condition experience unusual associations and a sort of “crossing” of the senses.
Martina sees her synesthesia as a gift. Like an additional “hidden” sense that she doesn’t want to live without. She believes it gives her a lot of inspiration and ideas.
She paints what she feels and what she sees in her mind. She hopes to affect people with her paintings, that they will get a strong impression, or maybe a mix of feelings and emotions that cannot be easily described in words.
Martina believes that sometimes the heart and mind see what’s invisible to the eye. She thinks it’s magic how we can create amazing worlds inside of us. Ehrenborg really feels that we all need a little bit of magic in our lives, so we can escape the gravity of this tough world.

Education:
Art, Film and 3D Animation at the University of Trollhättan/Uddevalla, Sweden.
3 years 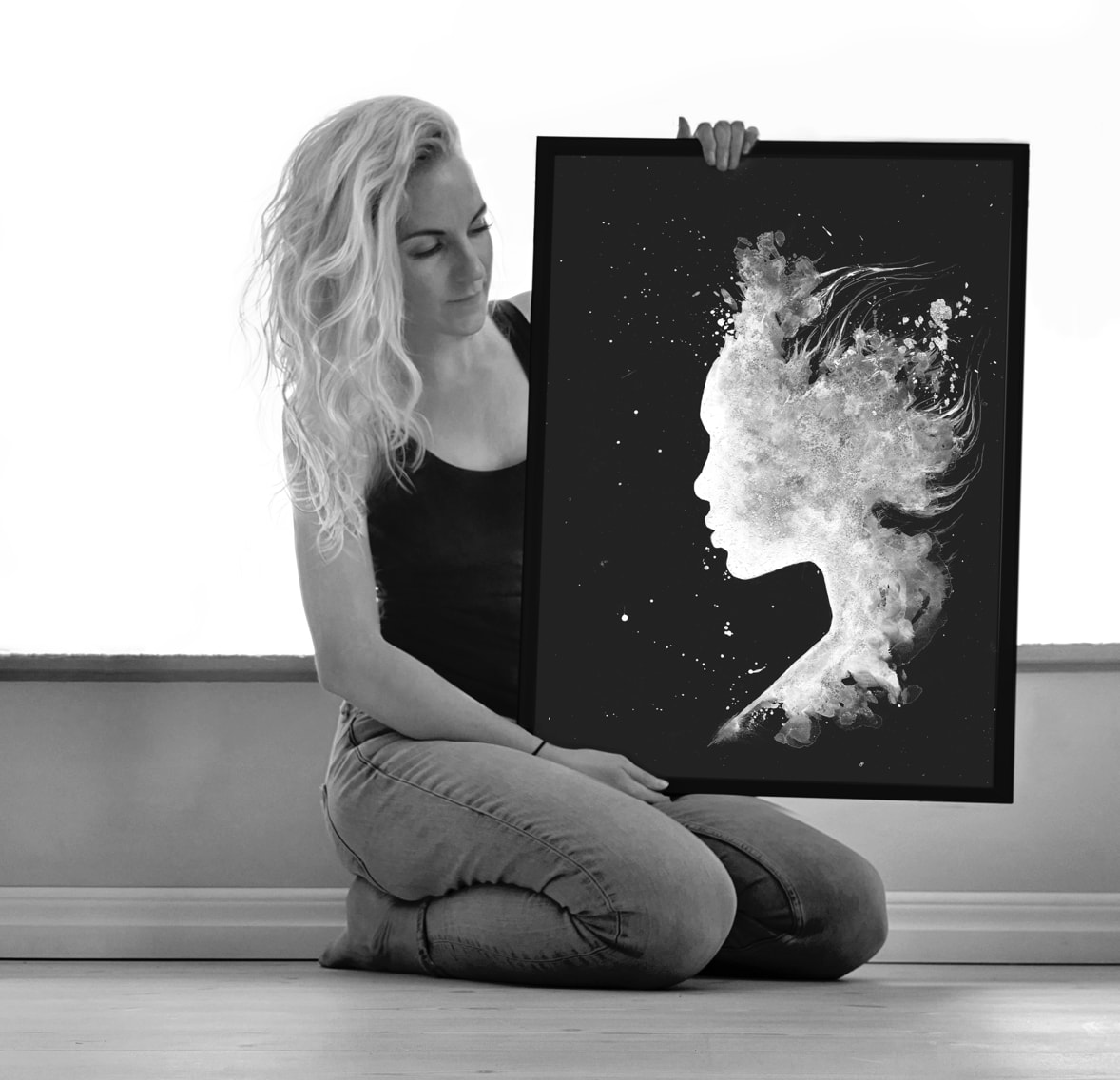